As a society it seems as if we value just about everything as it ages. Things like…

Wine: (Paul Masson “We will sell no wine before its time“) There seems to be a general belief that when it comes to wine, older is definitely better. People have paid out extraordinary amounts of money to own rare and highly sought after spirits.

And houses: Although most houses fall into the “decrepit” category after 100 years (or less in some cases), there are still many houses (even older) that are considered “vintage” and sell for a premium, especially American Craftsman Style homes if they have all or most of their original “built ins” or have been designated historical landmarks.

And of course, baseball cards: One of the most expensive baseball card in the world is one from 1909 that was sold for a staggering $2.8 million!

Now, while I certainly think all of these aged-collectables are nice, the most notable and surprising exception to inclusion in this time-established ranking of seniority… is people.

It’s really sad to me that as people get older, instead of treating them with respect and dignity, many of them are treated like a nuisance. An inconvenience at best. We cast our elderly aside like yesterday’s newspaper. Maybe good for recycling, but more likely to be used as lining in bird cages. Where is the honor many of the aged among us so rightfully deserve? When did we become so careless with our ancestry?

I’ve purposed to simply record conversation with my older relatives, especially my parents. I sit and ask questions about a bygone era that shaped the people they eventually became. People who fell in love, got married and gave me life. I realized a long time ago that there is so much to be learned from their lifetime of experiences. I learn about our country’s history from a first-hand accounting of events. I learn about the transformation of what constituted entertainment. And I learn about our community both large and small, as well as its victories and its defeats.

So just remember, by the grace of God, we’ll all get old eventually. Make the time to give your elders the time and attention they deserve. Because the hearts of this extraordinary population, and the wisdom-laden information they provide are in a word… priceless.

I used to wonder why people run to the scene of a car accident, or why many Google trends have to do with the latest celebrity photo scandal. But then I realized that it has more to do with the fact that we are drawn to situations that are outside of those to which we are accustomed. Car accidents happen, but they don’t happen to most people everyday. There’s a good portion of the population that are foolish, but 99% of us are not Celebutards who like taking naked pictures for our boyfriend-of-the-week only to feign disgust when he sells them to TMZ.

What’s my point? My point is that what should be a simple 1 + 1 = 2 thought process is not computing for the masses. If our collective attention really is drawn to what is uncommon, atypical or rare (1), and people have long since mourned the demise of healthy marriages (+ 1), then why are some people uninterested (or so quick to dismiss) the discussion or promotion of successful relationship? (= 2).  We still focus on the relational train wrecks, the adulterous politicians, the bed-hopping socialites and staged “reality” drama in the form of The Bachelor(ette)’s bevy of eligible (and some mentally disturbed) men and women. Maybe it’s just a form of entertainment for people? A necessary distraction?

I believe that exposure to positive relationships is being completely overshadowed by recurring themes of hurt, fear, hopelessness, betrayal and despair. I do realize that we’ve all had bad experiences. But those bad experiences don’t define us and they don’t determine our future success or failure. Maybe it has to do with the old adage that misery loves company? Or perhaps people have such low expectations that they buy in to the belief that relationships are destined to fail? I don’t know. What I DO know is that these distractions are completely ineffective cures for society’s ailments. Ignoring an injury doesn’t make the pain go away. And you will never heal an old wound by creating a new one.

I’ve gotten private messages on occasion accusing me of making up the stories about my wife and kids. I’m like, really?? Even with all the pictures, videos and other people who corroborate my story?? It blows me away. Honestly, I wouldn’t have the attention span to dedicate the necessary time to such an elaborate hoax. I barely manage to balance time to write here, work and invest in my family. A full time gig for sure. 😛

Anyway, it’s no secret that I’m a huge proponent of the promotion of healthy relationships and will always encourage posts on this topic. I don’t think we can have enough of them. I can’t speak for anyone else, but I’m all about being real. REAL stories about REAL people experiencing REAL success. This is how you join the rebellion. 🙂

The Sport of Torment

So yeah, this is probably reason #722 why I hate the current state of society…

So during my commute to work this morning, I happened to be flipping through various radio stations (because someone stole my iPod and my iPhone 3G recently died. Yeah, #firstworldproblems). Anyway, I came across the Steve Harvey Morning Show and they were in the middle of what was considered a prank call. Steve’s co-host, Nephew Tommy, had called a guy and told him that his child support order had been modified. So instead of paying child support until his son turned 18 years old (which was in 3 months), this man was now required to pay support until his son turned 21 years old.

To say the man was upset would be an understatement. He was using so many 4-letter words that there were probably twice as many *beeps* as words. Nephew Tommy proceeded to provoke the man further by accusing him of being negligent with the care of his son, being 13 months delinquent with support payments, and then threatening to send him to jail.

I’m sitting there in commuter traffic listening to this horrible scenario play out and my mouth is open in disbelief! Was this really happening?? Were they really taking an issue as sensitive and inflammatory as the unfairness of child support and making it out to be a joke? Surely someone like Steve Harvey, who himself is a twice-divorced father of four children, would be more understanding of the challenges of custody and support many fathers face, especially minority fathers.

After a good 5-10 minutes of this “prank call”, Nephew Tommy finally came clean and pretty much said, “Haha! You’ve been pranked on the Steve Harvey Morning Show! You being mad and upset was hilarious! Thanks for the ratings boost!” and everyone in the studio had a good laugh at this man’s expense. As a matter of fact, after repeatedly mocking the man’s angry retorts,  they couldn’t contain they’re laughter and had to cut to commercial to compose themselves.

I’m sorry, but since when did something like this become funny?!? Have we really become a society that takes pleasure in seeing others harassed and tormented?!?

The sad but true answer, is YES.

There are days when I look at all of my responsibilities and my life feels justifiably overwhelming. Being an eternal optimist, I often analyze and rethink my approach to some things in order to actively change my perspective. So last night, after going over everything that is on my plate (of responsibility, that is), I decided to give myself permission to embrace these responsibilities as an asset, looking at them in a positive light instead of rejecting them as a liability and seeing my life as full of burden.

That being said, I’ve decided that I AM THE HEAD OF AN EMPIRE.

Okay, I know that sounds crazy, but hear me out!

em-pire (noun): an extensive operation or sphere of activity controlled by one person

And that’s only a partial list. Altogether, I influence the lives of 32 people, coordinate services throughout Los Angeles County, and make decisions involving multiple industries, including religion, finance, social services, education, and entertainment. I certainly think that qualifies as an empire.

This is my EMPIRE! 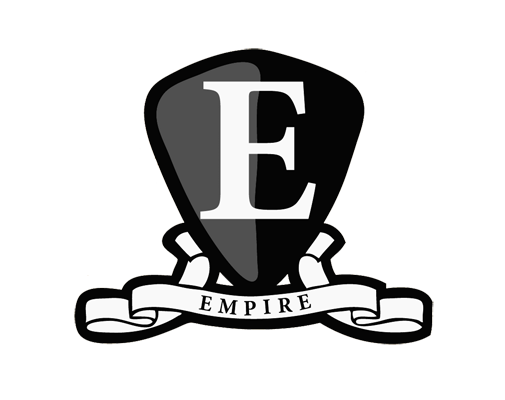 So instead of seeing all the things that pull on me, keep me exhausted and then being upset over it, I think about the fact that I’m being trusted to manage this complicated life machine and keep it running. And you know what? I think that’s pretty awesome.

(now if I could only find a nice comfy bed)

So… tell me about YOUR empire?

Top 10 Awkward Things To Say To A Coworker

Just something I was contemplating while getting coffee this morning in the staff lounge. In no particular order…