In the past, I’ve observed some people who’ve desperately wanted certain things in life and have worked feverishly to acquire it… whether it be fame, fortune or even love… only to find out that once they attained it, there was nothing left to work hard toward.  It would almost have been better had they never gotten it… no longer are they driven to excel or determined to succeed.  They just… exist.

Now that we’ve gotten that out of the way, let’s talk about perseverance…

On my way to the office this morning, I used @waze as usual because it typically helps me plot a better course to my destination. Unfortunately, what Waze couldn’t know was that the road I was traveling on had flooded. It’s not always easy to tell how deep the water is, but as I’d soon find out, it was deep enough.

), my Cabrio with the little engine that could, simply couldn’t any longer. Waiting in line just shy of the 405N on ramp, the car puttered and summarily shut down. 😨

Mind you, it was pouring rain. I should mention that the car has no heat, so the windows were fogged over and I had soaked shoes after putting out the garbage cans in the rain before leaving my house.

I must admit that the thought of leaving the now familiar discomfort of my car, standing in the middle of the street, attempting to push what has become an oversized paper weight, under pelting rain was… not my idea of a good start to the day.

On top of this, for whatever reason, people think honking at a stalled vehicle is some sort of automotive prayer. So I had a choir of cars encouraging me with their blaring horns of intercession to do something other than sit there and cry. Which is what I probably would’ve done. But I’m not one to concede defeat so easily.

Instead, after a prayer of my own, I attempted to start the car, all the while believing that the engine would turn over and purr like a kitten. It was more like the gurgle of a garbage disposal, but I’d take it!

After a few starts and stops, I was back on the road in L.A. commuter traffic going a swift 15mph! 😃  And even though I arrived at the office 30 minutes later than I’d planned, the positive take-away is that I arrived, without needing a tow, or a push, or another car choir lamenting my obviously deliberate inconsideration.

My agency, Children’s Institute, Inc. (CII), has been nominated once again for LA Photo Party’s Annual Non-Profit Party Package Giveaway! This means that we’re in the running to win more than $15,000 in free party services for our Holiday Festival in December!

CII’s Holiday Festival is a two-day event held on December 14-15, 2013. It is not a fundraiser; it’s a fun event for their clients, who are predominantly children from low-income families who have experienced abuse, neglect, or some type of community violence. For many of these clients, the Holiday Festival is the only celebration of the season, and the only opportunity for the children to get toys. T

hese are children who have experienced some of the worst horrors imaginable in terms of violence and neglect. Almost all of them suffer from some degree of post-traumatic stress. The festival helps to make a real difference by just letting them have fun and be “regular” kids for a day.

Voting starts today and ends at 11:59pm on Monday, November 11th. Each voter can vote once per day and must confirm their selection via a verification email that will be automatically sent. The three organizations with the most votes win, so please, please, PLEASE visit the website and vote for Children’s Institute! Every vote counts! If you vote, I’ll be your best friend forever! 😉

Sometimes when I’m uploading pictures or typing out a conversation I’ve had with someone in my family, I wonder if people think I’m being pushy or overdoing it by constantly posting about my wife and kids and how much I love them. I wonder if maybe I should reduce the frequency of my shared observations so as not to put people off.

I watch the news where it seems a majority (if not all) of the content is focused on domestic and community violence, betrayal and corruption, political posturing to the detriment of citizens, sexual exploitation of celebrities and children, public humiliation of people in relationships gone bad, and Sports.

I notice TV shows that are supposedly geared toward children but include gratuitous hyper-realized violence, subtle sexual undertones, or is simply a platform for blatant product promotion.

I look around at the adjunct education we may or may not be aware that our children are receiving at school: how to obtain drugs and alcohol while still underage, how to be (or at least appear) sexually active without your parents finding out, the pros and cons of bullying, and what it means to aspire to popularity at any cost.

I go to work and witness firsthand the long-term, sometimes irreparable effects of neglect and trauma on men, women and children… emotional repression, developmental delays, self-medication and isolation.

That’s when I realize that in spite of my endless stream of Instagram photos, flirtatious banter with my wife, or anything else I may share with my friends, family and the world… I could never match the sheer volume of negative elements that come together to form a fortified barrier against unified families and healthy relationships.

That’s when I realize that, while I may not be able make any significant dents alone, there CAN be success and strength if others join in and celebrate their passionate marriages, delightfully entertaining children and rewarding occupations. So join the rebellion and help me flood the world with stories of LOVE, VICTORY, and the pursuit of HEALTH.

Monday was a difficult day. It was the kind of challenging day where no one would question you if you said, “You know what? I just want to check out for a while.” Yeah… like that.

I will spare you the details and just say that after leaving my house at 6:30am, I didn’t get back home until after 7:00pm due to a series of unfortunate events. To let you know how OFF this is, I’m usually home from work before 5:00pm. This allows me to spend time with the kids before they go to bed each night. Well, yesterday was just not that kind of day. I got home and was thoroughly frustrated. I was able to keep those emotions in check enough to be pleasant with my children. I mean, it’s not their fault. But there are times when I fail miserably and my poor children get Cranky Dad instead of Playful Dad.

But yesterday when I got home… after rushing to the bathroom (I’d been holding it for nearly 3 hours)… after changing out of my work clothes… after making sure my wife got out of the house on her way to her weekly Bible study… after getting the kids into the shower… after it all… this beautiful little girl comes up to me, and with the sweetest, most heart-warming voice my ears have ever heard, asked me to read her a story. 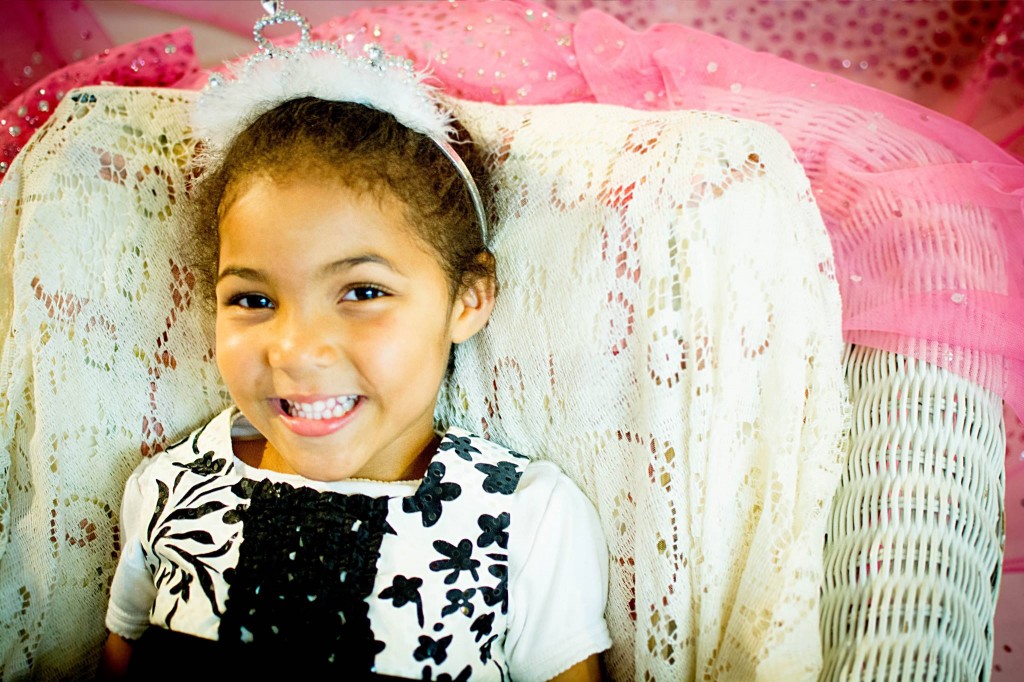 And just like that, it all fell away… the frustration, the stress, the anxiety, the exhaustion, the weariness… all gone. I sat there on the couch with this little angel of a girl tucked snuggly under my arm and read her a Berenstain Bears story to her absolute delight… and mine. ❤