I was talking to a friend about this topic (if you’ve read me for any length of time, you’ll discover that I often start posts with this phrase… what can I say, I talk to friends a lot ;-)), which comes up every so often, and decided to share this post about it….

DISCLAIMER: I am an insanely happily married man. So let me state up front that I do NOT advocate the abuse of flirting, such that it results in crushing someone’s feelings, leading people on, or infidelity.

Is it an art form? Yes, I believe that it can be… when done correctly. But like any potential work of art, if the tools are in the wrong hands, it can result in chaos… and just because you possess the tools, doesn’t necessarily mean than you can effectively use them. Flirting, as art, is usually referred to as Seduction, but for the sake of this post, I’ll stick with Flirting. With that said, you’re probably wondering, “What is he gettin’ at??”

It’s simple… I was a shameless flirt for years. I say shameless because its something that I thoroughly enjoyed and had no qualms about. Some women have called me a tease… some have even said that I’m trouble (while smiling, mind you)… others just found it to be a mildly entertaining distraction… but whatever your opinion may be, when executed correctly, the results can be amazing.

The reality is that flirting is a game that we all play everyday… with our friends… with our family… with our coworkers and even complete strangers. We do it for different reasons… but to be good at flirting you have to first determine your goal, whether it be to win someone’s affection… to influence a person’s 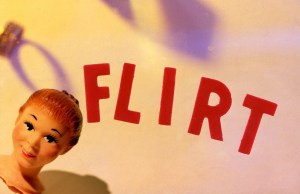 decision… to gain an advantage… or simply for the challenge itself.

I must admit that I’ve done it for many , if not all of these reasons at one time or another. But one of my main reasons is simply because to me… there was nothing more wonderful than the smile of a beautiful woman. I sought it… and that, in itself, was reward enough for me. But I digress…

Now how does one go about becoming a successful flirt, or what one would call a “Flirt Artiste”? There are some basic requirements:

Those are just 3, but the list could go on and on. The bottom line is that you have to be self-assured of your ability before you even attempt to flirt. You have to know who YOU are before you venture out into the world of Flirting. There are several different flirt types. And although all of them can achieve the same level of success, you have to know which type you are.

Some people have an innate ability to flirt well, and I call those “Naturalists“. I don’t know many Naturalists, but when two of them get together?!? Buy tickets… ’cause it’ll be one heck of a show! For a Naturalist, it just happens. They exude sensuality, but not in an explicit manner. Yet, you’ll find yourself drawn to them without really knowing why…

Another flirt type is the “Revealer“. These are people who will tell you up front that they flirt, and in doing so, will seduce you with subtlety. Some people find a Revealer’s honesty to be intriguing and are influenced by their up-front nature. The victim perceives a challenge in being able to resist a Revealer, thinking it easy because of the Revealer’s blatant attitude. But they don’t realize that when they take an “I won’t be fooled” posture, this actually opens them up to the very thing they are trying to avoid, and they wind up seeking the Revealer’s exclusive attention. Back in the day, I was one of these Revealers. I flirted because I was rather good at it, and I enjoyed it, but I never mislead. But even when people were told directly, they perceived whatever they wanted, no matter what I said. Such is the excitement, and the risk, of Flirting.

Part II to come. But in the meantime…

I’ve realized over the years that many people prioritize their friendship in two very distinct ways.

They have friends who become a priority for the things they do. They are mostly seasonal. Temporary. Prone to spoil. They last for as long as their unique action or mere presence is meeting a particular need. They are a convenience. Once they cease to be useful, they are discarded. For instance, some people become friends because they work together for the same company at the same location and can spend most of their time together… but only at work. As soon as either one of them is promoted, transferred or finds another job, all of a sudden maintaining that connection doesn’t seem as important or necessary. It was seasonal and the season has passed. Like a summer romance.

Then there are those people who become a priority friendship simply because of who they are. These are the people who are kept around because they push you to improve or encourage you toward success. They offer you hope in pursuit of your goals. They can be mentors, counselors or people who share a life experience. They are usually permanent fixtures. You talk on the phone, connect through email, IM and text messages. You invite them to parties and celebrate milestones together. They are, for all intents and purposes, here to stay.

Sometimes the difficulty with establishing friendships is knowing into which category you fall. One of the worst feelings is finding out you were temporary when all along you thought you were permanent. I don’t think anyone ever wants to feel as if their friendship is disposable. But the reality is that as deep as you think the well of connection may run, the other person may consider your friendship as shallow as a rain puddle. Temporary in the worst way. I’ve become very careful to quickly identify my position in someone’s life. When you know where you fall on the friendship list, it’s easier to deal with the inevitable conclusion.

I think the ambiguity of this process is exacerbated when it comes to online friendships. You put yourself out there and try to show yourself friendly in hopes of making a real connection. But some people can not reconcile the black box nature of technology and the internet with the fact that there are real people with real emotions at a particular IP address. They’ve convinced themselves that these people only exist online and when they sign off, they’re essentially on pause until they return. Like a relationship DVR.

Some try desperately to find ways to circumvent the devaluation of their humanity with attempts to email, talk on the phone or meet offline. They want the other person to acknowledge their humanity. Affirm their worth. They hope that by these actions they might win them a coveted spot on the permanent friends list. And they turn a blind eye to the signs of the other person’s changing season.

One Night Stand And Other Childhood Dreams

I admit that as a kid I would often wonder about things I would do once I was “grown up”. I’d see my parents and other adults have privileges like watching Rated R movies and staying up past 8:00pm. I swore to myself that I would indulge as much as I could the second my age allowed. So I made a list and I’ve checked off almost everything, including…

1) Having one Night Stand 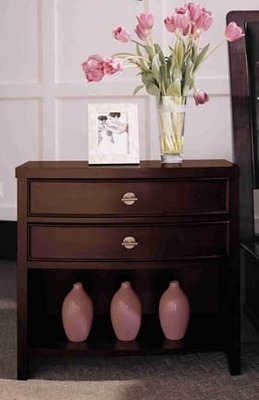 I figured I wouldn’t need more than one until I got married. I mean honestly, what would I do with two Night Stands? One night stand is a lot easier to manage. I see no need to complicate matters. This keeps everything simple and tidy.

2) Getting a Blow Job 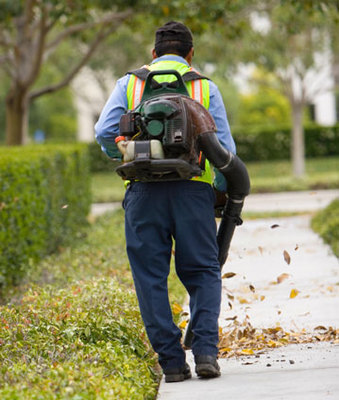 This kind of work is honorable and after all the raving I’d heard over getting a good blow job, I wanted my first one to be something I’d always remember. The build up to asking for it was a bit nerve-racking. I mean, blow jobs aren’t just posted in the classified section of your local newspaper. You have to know someone in the business and get a referral if you want a good one. Plus, if everything went well I figured a good blow job might lead to other opportunities in the industry… like trimming hedges. 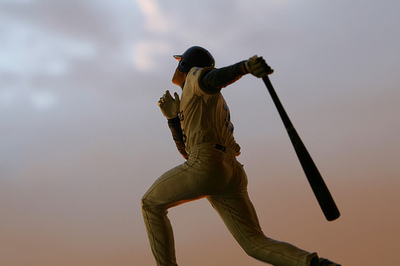 I’ve always enjoyed better than average strength and athleticism. All the little girls would come out to watch the guys play little league when I was in grade school. Being the catcher, I didn’t see much action. But I loved the attention just being out there would bring. So when I was old enough to actually play the field, I was super excited. I ran home and told my brothers that I was playing the field. They patted me on the back and said, “Don’t let it go to you head little bro. There are plenty of other guys playing the field too.”

Introspection can be a wonderful thing.

Last night I was chatting with someone I deeply admire and whose attention I always appreciate. There’s one thing in particular that was said, that has been turning over in my mind ever since.  In response to my confession of getting a little teary-eyed while watching a movie, she said, “We can’t help it, Riis. We’re empaths. What we see, we experience. We feel it, too.”

I’m familiar with it. But I didn’t make the connection between it and the movie initially. I thought it silly to commiserate with fictional people. But it’s not necessarily the people as much as it is the experience. The feelings of loss, hurt, determination, overwhelming joy. And all at once I realized that it’s true. I can’t help it.

I believe that is the main reason why my capacity for grace and compassion is beyond measure. My nature is to BE empathic. It’s interesting because the logical, analytical part of me sometimes wonders why I’m this way. While the compassionate part of me can’t imagine not being this way. She also said, “Feeling without restraint. Best gift ever.”

Yeah, that it is. It’s a gift I wish more people possessed. To know the depth of someone’s pain or the height of their joy, to an intimate degree… can mean the difference between wise counsel and insensitive opinion. It turns acquaintances into friends and friends into brothers or sisters. It changes your perspective on the world itself. But I wouldn’t trade this for anything in it.

It’s all because of… 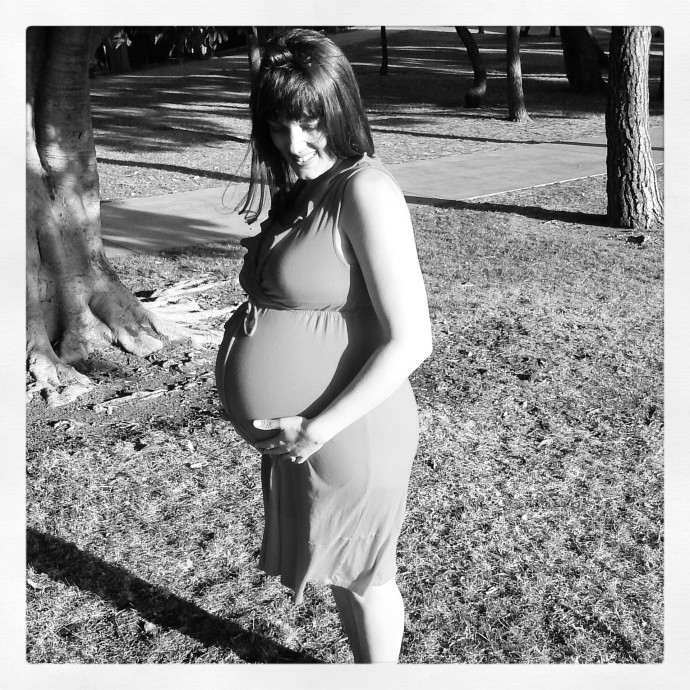 This was a picture I took this weekend during our last maternity photo shoot. It’s the last we’ll ever have as this is our last child. When I think about all that is wonderful in my life, it all comes back to this woman.