If I really matter to you…

Don’t wait until I’ve grown up and gotten married to tell me that you’ve always had a crush on me. Wondering what could’ve been if you’d spoken sooner.

Don’t wait until I’ve moved to another state to tell me that you were glad to have me close by and you felt comforted by the fact that I was only minutes and a phone call away.

Don’t wait until I get so fed up that I quit before you tell me how great a job I was doing and that I deserved the promotion and raise that only came from accepting a job with the competition.

Don’t wait until I’m sick and only then decide to visit me at the hospital where I can barely communicate and we can only mourn the time we’ll never have to spend together.

Don’t wait until my funeral to tell my family and friends all of the wonderful things about me that I would’ve loved to hear from you in person when I still walked the earth.

“Nothing warms the heart quite like brake lights in the morning.” 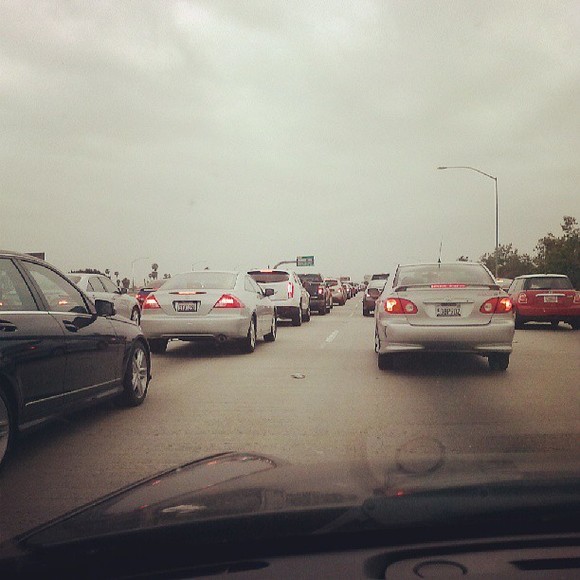 My commute the last few days has been horrible. I leave my house at 6:45am and I get to work after 8:00am. You’d think I lived in another state and not just a little over 15 miles.

What Gates May Come

My mother’s day gift to my wife is nearly done! I’ve finished installing all of the white pickets and the post caps. The only thing left to do is build and install the gates! So, now you know what I’ll be doing this weekend. 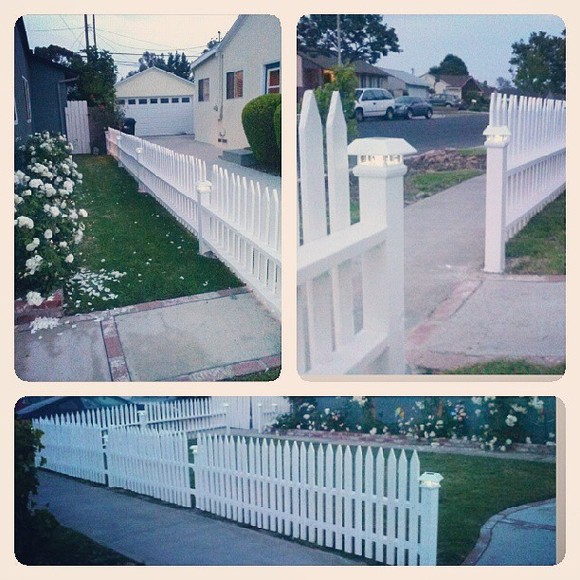 Just so you know… those post caps are solar powered and illuminate at night. They look so beautiful once the sun has gone down. I’ll try to get a picture of them at night.

Needless to say, my wife is pleased.

Has anyone ever heard of a global art project called “Before I Die…“? What started off as an experiment in New Orleans, has now grown global! Apparently, over 200 Before I Die walls have now been created in over 15 languages and in over 40 countries, including Kazakhstan, Portugal, Japan, Denmark, Australia, Argentina, and South Africa.

I admit that I didn’t know anything about the project until I happened to drive past a wall on my way home from church on Sunday. My wife actually spotted it and said, “Hey! That’s one of the Before I Die walls!” I said, “What?” and looked to see where she was pointing. And that’s when I saw it… I was so moved by it that I turned the car around and parked so that I could get some photos of it. 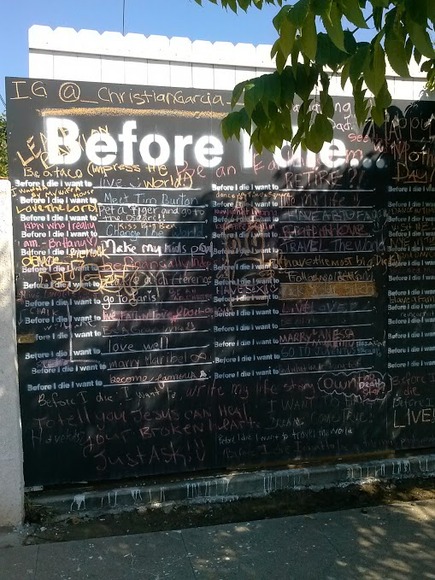 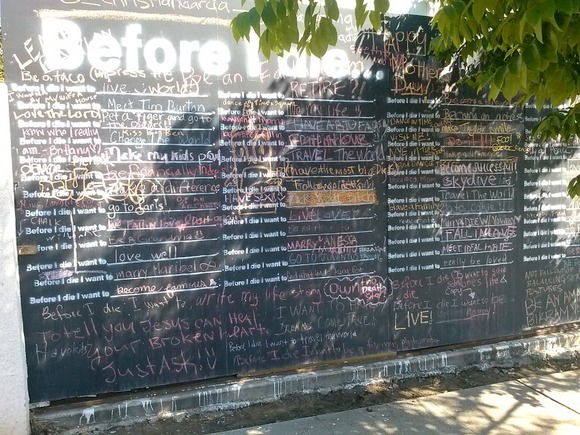 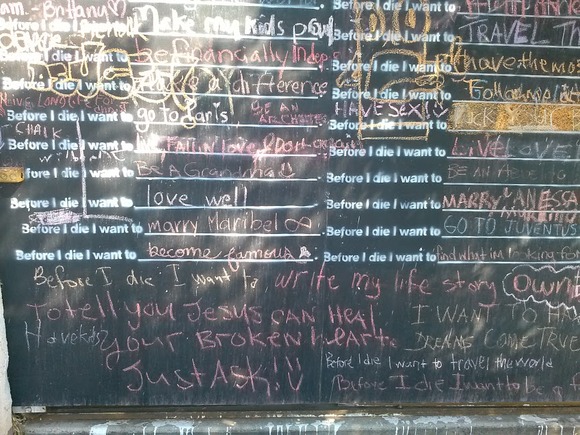 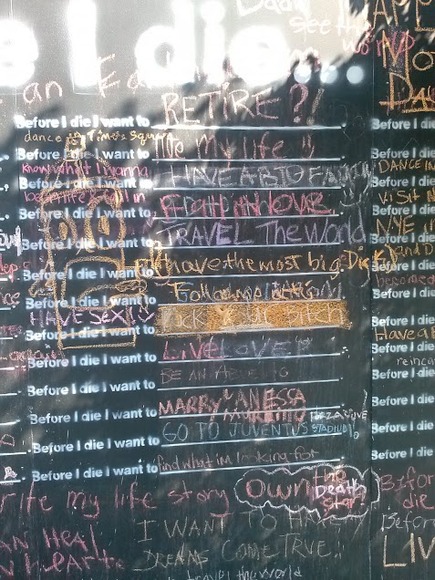 What do you want to do before you die?

PHOTOBLOG: The Fence and the Evening Rainbow

For the past week, I’ve been working on building a white picket fence around my front yard as a Mother’s Day gift to my wife. Some of you may have seen a few of the photos from last Saturday on my FB page. But for those who haven’t, I’d like to share with you my progress! 🙂 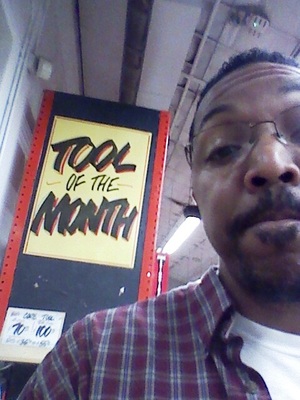 So I went to Home Depot and rented an auger the night before we were to begin, so I wouldn’t kill myself trying to dig post holes in the clay that Los Angeles substitutes for regular dirt. 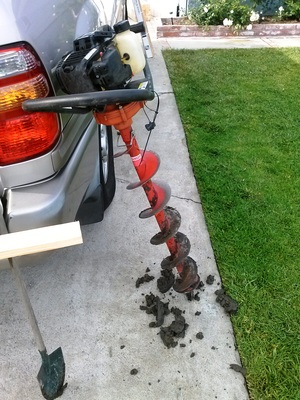 Got up early on Saturday morning and hauled out said auger. 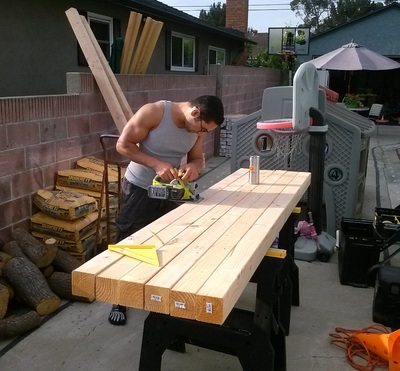 My good friend Jonathan was helping me cut the lumber. These boards were being cut in half to be used as fence posts. 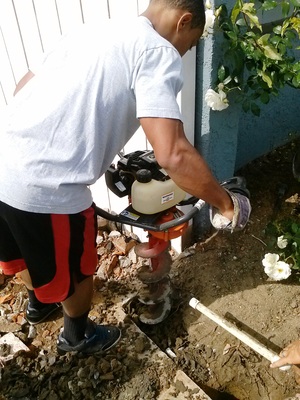 My son Micah using the auger to dig a post hole. 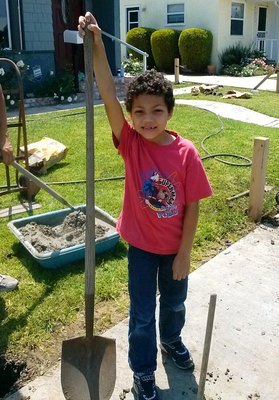 Aaron was lending a hand doing something constructive (destructive?) with this shovel. 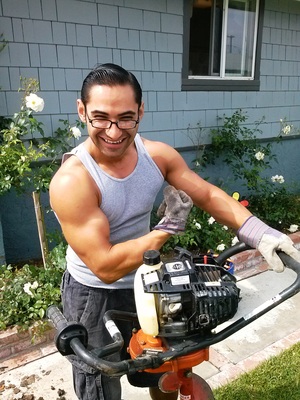 Jonathan wanted a turn with the auger and wound up with a small burn on his arm when the auger kicked back and tagged him with the exhaust. 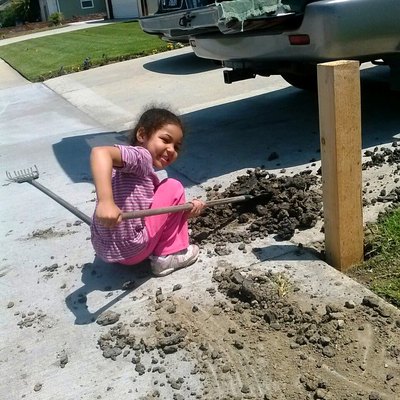 Arielle, not one to be left out, was assisting with clay/dirt scattering. Because scattering is a big part of building… apparently. 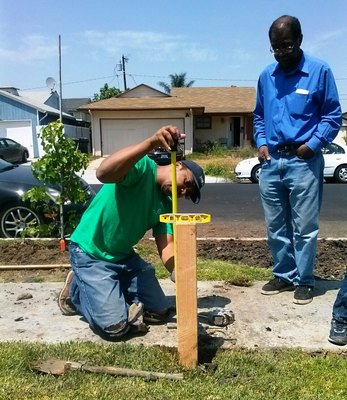 I wanted to make sure that each of the posts were not only the same height, but level as well. My dad was supervising. 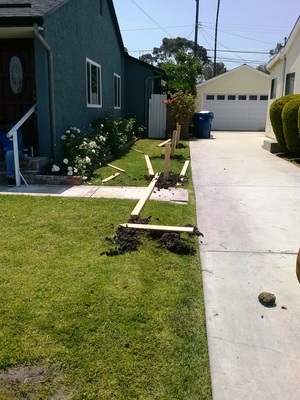 We decided on an 18 inch inset for the posts near our neighbors driveway so they wouldn’t have trouble getting into/our of their cars. Jonathan and I discussing the finer points of cement pouring. This is important as I didn’t realize cement pouring had fine points. 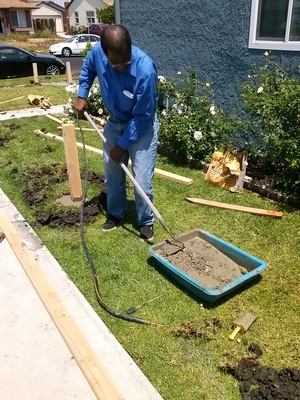 My dad mixing the cement for us to, well… pour. Now that we’d agreed on all the finer points. 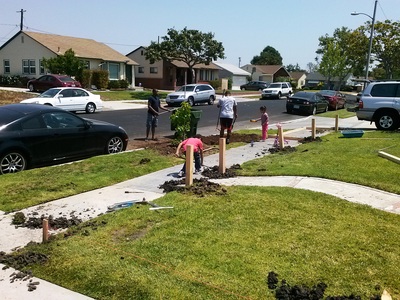 Fence building is a family project. Another check of the post height. With all of the posts in and the cement poured, that was all we were able to do on the first day. We had to let the cement set before we could proceed any further. 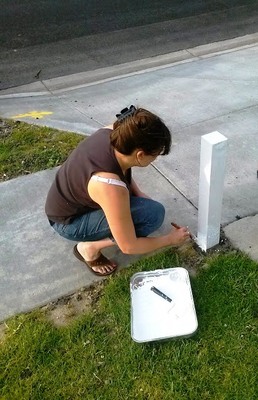 My wife wanted to paint the posts before we started adding the rails. 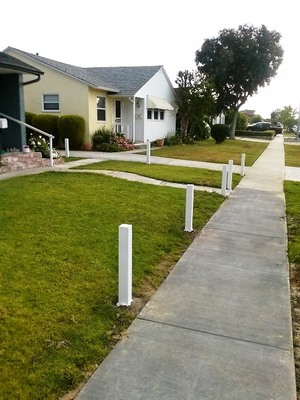 So she went around to all 15 posts and did just that. 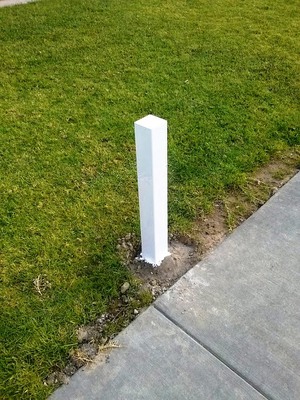 Avery decided to show up and demonstrate how easy it is to apply fence paint to clothing. Then, in the middle of everything, we had a beautiful evening rainbow that bloomed out of nowhere. We were trying to figure out what caused such an unusual glow and I later found out that there was an eclipse taking place. The residual light reflected off the moisture in the air, causing an ambient glow that lit up the entire neighborhood. By the time we were done, it was too dark to get a good picture. So I took a few this morning before I headed in to work. We worked well into the night and managed to get all of the rails up. Now on Saturday we’ll start adding the pickets.