In order to rid myself of the growing frustration associated with what I have come to describe as “Telephonic Aversion Disorder” or TAD for short, I am confessing this to all of you: I don’t like talking on the phone. Now that may not seem like a big deal, but as it turns out, there are people who find this bizarre, disturbing or even selfish.

All I can say is that I find the phone to be a necessary distraction at best. I only make or receive phone calls when absolutely necessary. I even avoid it when it IS necessary. *sigh* I know. It’s bad. I admit. But in my defense, I think it’s a result of the PTSD caused by horrible voice mails and phone interactions with HOWie over the years. There were times when I’d hear the phone ring and immediately my heart would start racing, my face would flush and my breathing would kick up a notch. I’ve since learned to manage that anxiety. But I think there are some lingering effects still present.

It’s not that I despise talking on the phone per se. As a matter of fact, I used to be quite the charmer on the phone. In high school, I would regularly spin tales of neighborhood circumstances to my friends and relatives, or regale attractive female classmates with my growing wit and vocabulary. Before we got married, I would often talk to my (now) wife on the phone for hours and hours. There would even be days when we’d fall asleep on the phone. It was a wonderful time.

But now… the less time I spend on the phone, the better. Save for the occasional rant over a bill dispute or internet outage, I still reluctantly take calls. Most times I’ll let it go to voicemail and just check the message to see if it’s urgent. With the exception of my wife. I take EVERY. SINGLE. CALL. she makes. There is never a time when I won’t accept her call. She is me. So it would be like ignoring a call from myself.

Anyway, if you ever call me and I don’t answer, don’t take it personally. I have a real aversion to the phone that has nothing to do with you. Unless it does. 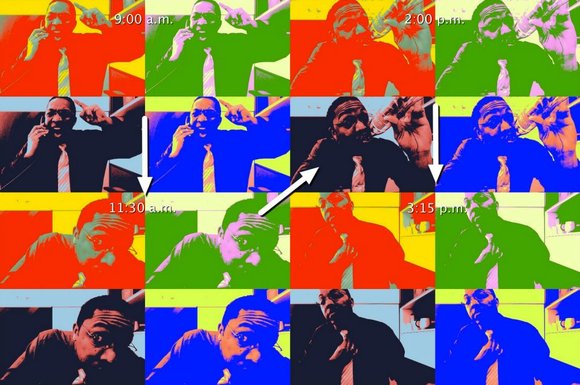 Some conversations become unnecessarily convoluted because of miscommunication, assumption and hurt feelings.  Many times this byproduct is completely unintentional, but left unchecked, conflict becomes equally unavoidable.

The key to avoiding this pitfall is to make sure you fully understand the question being asked before you answer.  Try to connect with the underlying motive for the question being asked.  Realize that the person is trying to gather very specific information from you.  It’s your job to identify what info they are requesting and then answer that question directly.

Here are a few examples:

Do you want to go dancing?

Did you call my father back yet?

If you fail to answer the question directly, your purely innocent conversation that otherwise would have lasted maybe 15 seconds, will now consume the better part of a day… or more, depending on how utterly clueless and insensitive your response was considered to be.

I have realized that for some women, talking on the phone is more than just an exchange of words. It is actually a declaration, in no uncertain terms, about their importance and value. Though unspoken, there are several questions that go through a woman’s mind when she calls you, or while she’s on the phone with you. Some of the key questions are these:

1. Will he get off the phone with someone else just to talk to me? (Note: This is a cut & dry issue. Either she’s important, or she isn’t. There is no in between.)

2. If he is busy, will he call me back in the time he told me? (Note: If you say you’ll call her back in 5 minutes, that means 5 minutes. This does not mean 10 minutes, or even 6 minutes. If you are late by more than hour?? DO NOT CALL. Show up with flowers, candy or any other peace offering.)

3. Will he rush me off the phone after 5 minutes of talking. (This is critical. You may not think much of it, but it is considered a major insult.)

4. Is he sincerely listening to me, or is it just a means to an end? (Believe me, they can tell the difference.)

5. Will he stay on the phone until the sun rises, simply because he enjoys talking to me so much? (Oh, you’re tired?? So what! This simply means that you are willing to make sacrifices for her. She needs to know this.)

Phone calls can be critical to relationship stability. Do not take them lightly. If used correctly, they can become mutually beneficial for both of you. Remember, the purpose of the phone call is to connect with each other. Kindling the embers while you are apart, makes it easier to spark the inferno when you’re together.

The Limitations of Teasing

My captivating wife and I finally fell asleep in the wee hours one Sunday morning several months ago. This was after an impromptu trip down memory lane that last for hours after watching, of all things, the movie “Couples Retreat“. I won’t get into the movie plot in case you ever decide to see it, but suffice it to say that it made us very thankful for the kind of marriage we have, and deeply appreciative of one another.

When the movie ended, we started recounting the many things that led up to our initial friendship and eventual falling in love. It was interesting to compare the different perspectives of how certain events unfolded. For instance, she remembers the first song I wrote for her called “Happy” (I may upload it one day) that freaked her out because although it wasn’t a love song, she was certain that it was the closest thing to it. I, on the other hand, saw the song simply as my expression of how important she’d become in my life. I certainly loved her. But was I in love with her at that point? Who’s to say. In retrospect, I was definitely blurring the lines with that song. The heart can have a mind of it’s own at times.

Anyway, one of the most interesting things that we both noted was the drastic change that took place regarding playful teasing once our relationship changed from “friendly” to “romantic“. See, we were best friends in every since of the word. We were in a band together, hung out writing music, talked on the phone for hours, and shared opinions on everything from office supplies to long lost loves. As friends, we would take playful jabs at one another. It was the kind of verbal sparring that’s harmless in nature, but is usually good for a laugh in group settings. Such as the time we were rehearsing with the band and someone commented on the fact that I kept yawning. I jokingly said something like, “Well I wouldn’t be so tired if Dre hadn’t keep me on the phone til 4am.” 🙂  With all of the teasing, many people thought that we were crushing on each other. But nothing could’ve been farther from the truth. We were just close friends with no romantic interests whatsoever.

However, as time passed and we crossed a line in our relationship, the teasing came to a screeching halt. I think I made a passing joke about something to do with what she was wearing and everybody laughed. She came up to me later and told me that she didn’t want me to do that anymore. 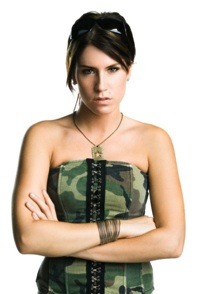 I was surprised since we’d been teasing each other for years. So I asked her why she didn’t want me to joke around like that any more. And she said, with an honesty that hit me right in the heart, “Because before, the things you would say wouldn’t affect me. Now, everything you say matters.” Looking into the eyes of this beautiful woman who owned my heart, I melted… and never cracked a joke at her expense ever again.

Now this isn’t to say that we don’t have fun and joke on occasion, but I understand that my responsibility is to always present my wife in the best light. It’s a reflection of her value and importance to me. I realized that making fun of her, even jokingly, could come across as disrespectful. It might also give people the impression that they have license to do the same. And it’s never okay for anyone to make fun of my wife… most importantly me.

I think some people go overboard with making fun of their SO’s to the point of degrading them and traumatically affecting their self-esteem.

What do you think?
Is it okay to tease someone you love?
Or is it their responsibility to tell you to stop if they don’t like it?